In 1983 a couple of University of Wisconsin undergraduates created Ace Computers as a way to capitalize on the growing market for computers. For John Samborski, after several years as a full time civil engineer, the continual growth in the computer business enabled him to pursue his passion on a full-time basis. Joined by his sister, Marianne Samborski, in the late 1980´s the original company has continued to grow, prosper and expand.

“After thirteen years of exciting growth ATP Gov continues to build on the founding commitment to our customers and partners and define our focus to deliver the highest quality solutions to meet the needs of our nation.”
– Marianne Samborski

ATP Gov is a leading provider of information technology solutions for the federal government. Our customers rely on us to meet their goals and technology challenges with intelligent solutions. We have carved a niche by anticipating our clients´ needs and focusing on their mission, not ours.  We provide the highest quality computer products, supplies, and services at competitive prices via notable contracts such as SEWP V, GSA, 2GIT, and NASPO.  We pride ourselves on the depth and breadth of our partnerships, that range from proven industry leaders to partners with solutions on the forefront of technology. Regardless of how our customers consume technology ATP Gov can help them prepare for what’s next.

The Executive Management of ATP Gov strives to continue to grow the relationships with its customers, partners, and employees. Working daily to find solutions to any issue or create new products, our team at ATP Gov is here for your organization 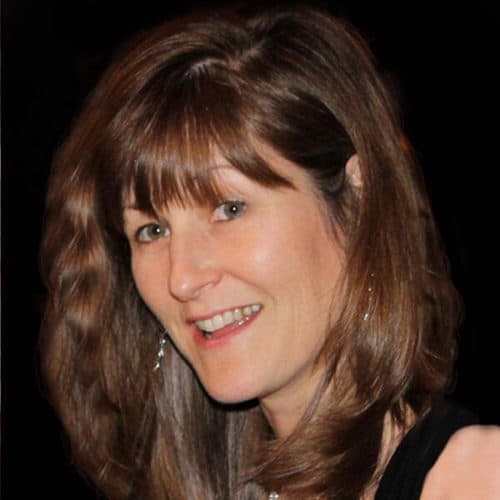 Marianne Samborski utilizes a wealth of business management experience to continually bring down the cost of computing for clients. Her extensive track record of operational innovation and thought leadership has solidified the company´s position as one of the leading custom system builders in the USA. While ensuring ATP Gov maintains operational excellence, she has helped clients meet their challenges through the efficient and cost-effective use of technology.

Since founding ATP Gov in 2008, she has aggressively pursued the development of custom and cost-effective products and services that utilize industry-leading components. Her system integration business strategy has been essential to the company’s growth and expansion. Under her leadership, ATP Gov has sustained consistent growth and innovation in over a decade of service.

She is a current member of the North American Women-Business Owners Organization (NAWBO) and a celebrated speaker on the subject of information technology for entrepreneurial organizations. She holds an MBA degree from Roosevelt University and a Bachelor´s Degree from Northern Illinois University. Josh Mackenzie joins ATP Gov with over 10 years of industry experience focusing primarily on managing Federal Sales and DOD clients across the globe. Prior to ATP Gov, Josh helped manage and drive sales for countless Federal customers throughout the Value-Added Reseller community. He began his career right out of college working for Red River, playing a substantial role in establishing and growing their Air Force business and driving over $50M in sales revenue over five years. Josh spent the next six years at Alliance Micro, Lyme Computer Systems and FedStore Corporation, selling directly to the Federal Government and managing teams focusing on doing the same.

Josh is joining ATP Gov to grow and lead our prominent, galvanized sales team. With lofty goals to increase sales to astronomical numbers, he will look to use his existing relationships with customers and the IT partner community to take the ATP Gov team to new heights.

Josh lives in Mount Pleasant, SC with his beautiful wife and three kids. He is an avid sports fan and enjoys playing basketball and golf as well as spending ample time at the beach with his friends and family in his free time. Sydney Herren brings 20+ years of experience in the IT industry focusing primarily on the Public Sector. She started with developing the first GSA Schedule for ComputerLand and it’s 409 franchise locations, then did it again for Vanstar with a focus the second time on professional services. She moved to field sales with SkillSoft for several years growing revenue with marquee accounts like The Disney Channel and Allied Signal, then transitioned back to channel sales with Arrow Enterprise Computing supporting Oracle in the Public Sector. For the past 6 years Sydney managed all partnerships and the partner team for Red River, working closely with multiple divisions and OEM growth of over 50% per year during that time.

Sydney joined ATP Gov to manage our extensive partner alliance network with a focus on short and long term sustainable growth of our Enterprise Solutions and Commodity Buys. Her responsibilities include strategic and business planning across our portfolio of OEM and Channel Supplier partners.

Sydney and her husband Wade enjoy spending time at Lake Martin, AL in addition to participating in vintage racing. Anthony Shaw joins ATP Gov with 15+ years of experience in the IT industry. He spent the early part of his career as an inside sales rep covering system integrators and Navy customers with Red River. He then moved up to overseeing a team of twelve inside sales managers, while also helping to drive company sales numbers of over $400M. Though his primary focus was the Public Sector, he has also conducted business for Healthcare and State/Local agencies.

Over the last four years, Anthony was the Senior Manager of Purchasing and Supply Chain. He was responsible for managing the vendor and distribution relationships and was instrumental in the management and accuracy of many of the company’s most impactful orders. He is thrilled to bring his extensive knowledge and leadership skills to ATP Gov and looking forward to playing a key role in growing our business.

In his downtime, Anthony is an avid golfer and a former hockey player and coach. He has recently relocated to Southern Maine with his girlfriend and has a son in Burlington, Vermont and a daughter in Cape Cod, Massachusetts.